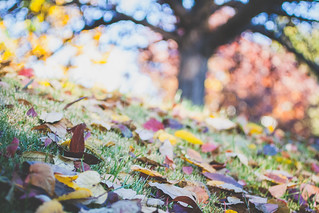 It was autumn, and the Indians on a remote reservation asked their new Chief if the winter was going to be cold or mild. Since he was an Indian Chief in a modern society, he had never been taught the old secrets. When he looked at the sky, he couldn’t tell what the weather was going to be. Nevertheless, to be on the safe side, he replied to his tribe that the winter was indeed going to be cold and that the members of the village should collect firewood to be prepared.

Also, being a practical leader, after several days he got an idea. He went to the phone booth, called the National Weather Service and asked, “Is the coming winter going to be cold?” “It looks like this winter is going to be quite cold indeed,” the meteorologist at the weather service responded. So the Chief went back to his people and told them to collect even more wood in order to be prepared.

Two weeks later, he called the National Weather Service again. “Are you absolutely sure that the winter is going to be very cold?”
“Absolutely,” the man replied. “It’s going to be one of the coldest winters ever.””How can you be so sure?” the Chief asked.
The weatherman replied, “The Indians are collecting wood like crazy.”

For more inspiration and information: http://templehayes.org/

Nature is Our Greatest Teacher

AlanWatts,a British philosopher, stated that we are not born onto the Earth, we are born out of the Earth.Therefore, nature is not separate and apart from us, it is part of our connectedness with life.We cannot exist as physical beings without the harmony and respect of and for nature. Unity co-founders Charles and Myrtle Fillmore…

“The God within me meets and recognizes the God within you” is the basic meaning of the word namaste. Though we all seek different paths and adapt to our own unique beliefs, we are all made of the same energy and essence of God. Our life force as humans is the same. We have discovered…

Prayer generally implies having spiritual communion with God or an object of worship, through supplication, thanksgiving, adoration, or confession. Often the undertone of prayer is pleading, bargaining and making amends with God. In Unity and New Thought, prayer is an affirmative declaration of things, events and circumstances which we are accepting as truth. In other…

The Not So Secret Secret

Sometimes it seems we have too many people who truly need to help themselves before they can fully help others. Some people attempt to help others too soon on their own healing journeys. We all may know a few of these folks, who get a business card and a website and make great claims before…

Listen to Temple LIVE every Wednesday at 1pm CT on Unity.fm